She began publishing proliferously in the magazine Beatitude, one of the first magazines for Beat writers. ruth weiss and Jack Kerouac first met in 1952. They had, in her words, a "fantastic connection on multiple levels."  It was two years after Kerouac had published his first novel, The Town and the City, though weiss did not yet know that he had written and published a book. Instead, weiss and Kerouac engaged upon a "haiku dialogue," spending hours over a bottle of wine writing haiku back and forth to one another. Occasionally Neal Cassady would show up and the three of them would drive off, adventuring outwards in California at dangerous speeds up dangerous hills, thriving on the excitement of the ride and one another's presence. 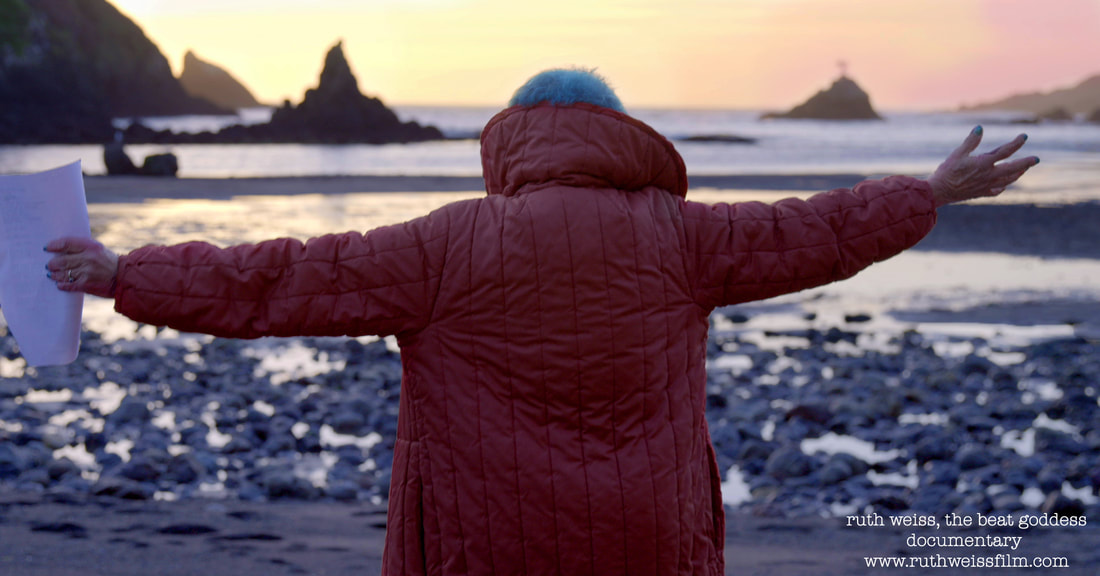 In 1957, weiss started a "salon kind of situation" in her apartment, creating a gathering space for poets and writers to read and discuss their works. Two years later in 1959, weiss published her book "Gallery of Women", a book composed in poetry, honoring the female poets who she most admired, paying homage to them by painting their portraits through her jazz-inspired poetry.

ruth weiss has published many poems and anthologies in recent years, including Full Circle, a reflection on her escape from Nazi Germany. DESERT JOURNAL is the work that weiss herself describes as her masterpiece and her most significant work to-date. She continues to perform live in North Beach and at many jazz and poetry festivals.